How to Use a Plumber’s Snake to Clear a Drain

If a plunger won’t clear a clog and you’re not ready to give up just yet, a manual drain snake may be your best option. A plumber’s snake or drain auger is a tool that “snakes” down into pipes to clear out clogs. Snaking a pipe is in between plunging and calling in the big guns, like powered drain augers used by professionals.

Plumber snakes are better at clearing drains than plungers, but they are also harder to use. When making sharp turns and twists, they can be hard to move. Learn how your snake works and how to use it right to avoid making mistakes that will cost you money. Here is all the information you need to know about how to use a drain snake.

How to use a plumbing snake. Also, what is an auger?

An auger is just a tool that is made to drill into things. A type of auger is a drill. A plumbing auger or plumbing snake is a long, flexible metal cable with a small, unwound spring on one end and a handle on the other. The snake’s auger head is shaped like a corkscrew. Most home augers are between 20 and 50 feet long. When you’re not using it, the cable coils up into a round case. Most home plumber’s snakes are operated by hand and have a handle or crank that can be turned to move the cable and let it out. By turning the handle, you can move the coil through tight spots.

You can remove the p-trap by hand, either by using your hands or an adjustable wrench. When you take out the p-trap, you should look at it carefully and clean it well. If you’ve found the blockage, you might not even have to snake. Most of the time, removing the trap makes it easier to snake because it lets you skip this hard turn.

When you take off the trap arm, you can get the best look at the drainpipe. Look inside the drain to see if there are any clogs. If you can see the obstacle from where you are, try to get rid of it. If you can’t, it’s time to bring out your snake.

Don’t put a lot of force into pushing the auger into the drain, or you could damage the drain opening or pipe. Be patient and make sure the head and cable aren’t too big for the drain you’re trying to snake.

Slowly and steadily feed the line. If the cable moves through the pipe and you feel resistance at any point, you may have hit a blockage or just a bend in the pipe.

Surprisingly, snaking is a very easy and accessible home project. As long as you know how to use your snake and have the patience to move it around, you should be able to get rid of those annoying clogs in your sink, tub, or toilet.

When you just can’t get that clog to move, no matter what you do. Don’t despair! After you get rid of your snake, you should call BJC Plumbers North Bergen. We have the right tools and knowledge to find and clear any traffic jam outside of North Bergen. Furnace Maintenance: Top 9 Tips in 2022 to Keep You Warm This Winter 10 Furnace Maintenance Tips To Keep You Warm All Winter How to Use a Plumber’s Snake to Clear a Drain Why Is My Sewer Line Clogged? How to Clear a Toilet Blockage Without a Plunger

BJC Plumber in North Bergen, NJ a family owned plumber and sewer provider. We desire to cater you with the most expert, personable, and efficient service to fit all your plumbing wishes. We focus on drains and sewer traces, however our offerings don’t stop there. We restore other troubles together with bathrooms, taps, heating device installations, and lots more. 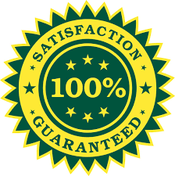